Mark Magenheim says it was an easy decision on how to best commemorate the 50th anniversary of McMaster University’s medical school. As a long-time donor, an MD ’74 alumnus and a former faculty member, a financial gift to mark this momentous occasion only seemed apt. 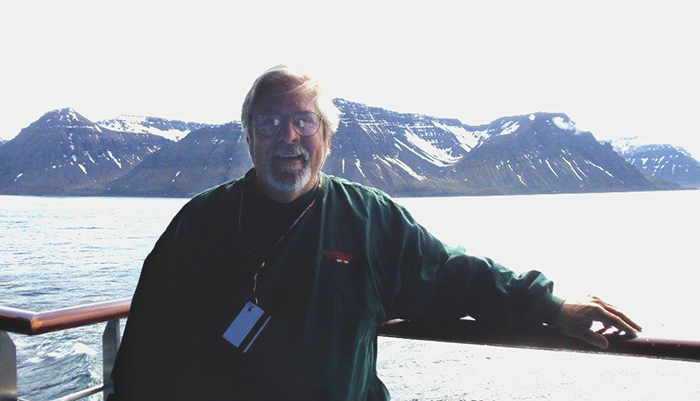 Mark Magenheim says it was an easy decision on how to best commemorate the 50th anniversary of McMaster University’s medical school.

As a long-time donor, an MD ’74 alumnus and a former faculty member, a financial gift to mark this momentous occasion only seemed apt.

His generous donation of $50,000 has resulted in the establishment of the C. Barber Mueller Bursary.

“I think giving is a natural response when you consider ways to make the world a better place,” Magenheim said from his home in Sarasota, Fla. “I think education is critical. This is the least I can do to help others become educated and thoughtful about the world and how we can improve it, and to partner with others who have a similar philosophy.”

Mueller was the inaugural chair of the Department of Surgery, serving from 1967 to 1972, and the founder of the Friends of the Health Sciences Library. He died in 2014. Magenheim had the good fortune of meeting Mueller as an undergraduate student at Washington University in the ’60s and reconnected with him later at McMaster.

The bursary will be granted to students in the Michael G. DeGroote School of Medicine who demonstrate financial need and an interest in a career in surgery.

Magenheim has been a regular donor to McMaster since 1985. He has contributed towards Faculty of Health Sciences initiatives including scholarships, bursaries, research, and the health sciences library.

In 2006, he established the Magenheim Family Medical Travel Bursary in honour of his parents, Milton David and Dolores Ella Magenheim. The bursary is granted to an undergraduate medical student taking an international elective in public health and or preventative medicine outside Canada who demonstrates financial need.

Magenheim, born in Florida, was raised in St. Louis, Missouri. He has an undergraduate degree in sociology and political science (1969) from Washington University in St. Louis and a master’s degree in public health (1971) from Yale University’s School of Medicine.

It was at Yale where a group of his classmates were also newly-minted faculty members at McMaster’s new medical school, including Ray Walker and Walter Spitzer. Magenheim befriended them, and was recruited to come to Hamilton to serve as a senior staff member at the hospital upon graduation. His colleagues also encouraged him to apply to the medical school.

“Although I had not planned for a medical career, McMaster was flexible enough and encouraged me to apply,” he said, noting the influence of John Sibley, John Hamilton and Bill Walsh and, later, of Fraser Mustard.

“I was in the third class of the medical school, but we were the first class in the new building down on the main campus. It was a brand-new building, a brand-new program and everyone kept reminding us of how special we were.”

Mustard played a key role in recruiting Magenheim back to McMaster to lead a new international health program in the late ’70s. That role sent Magenheim to Freetown, Sierra Leone in West Africa to help with community health issues by training local, non-physician health workers.

He stayed in the role from 1978-82, then returned to Hamilton as a faculty member in the Department of Clinical Epidemiology and Biostatistics for another year.

Magenheim spent the bulk of his 40-year public health career in Florida where he held a variety of state leadership roles as well as with the federal Centers for Disease Control and Prevention combating HIV. He also served as a faculty member at the University of South Florida from 1985 to 2005, and he retired from government service in 2013.

He remains a locum physician, global health consultant with Yale Alumni Service Corps, and chair of the Institutional Review Board at Sarasota Memorial Hospital.

“These independent review boards are required by the U.S. federal government to ensure that experimental procedures and products do not subject patients to undue risk and influence not based on scientific grounds and merit,” said Magenheim. “I often wonder how would John Sibley have dealt with this challenge? How would Fraser Mustard or John Evans have responded? I wish I could still get in touch with them for mentoring, but I am thankful for the time and grounding they did provide me.

“There is no doubt that I would not have been able to have achieved many personal and career accomplishments without McMaster. It has truly been a remarkable gift in my life.”